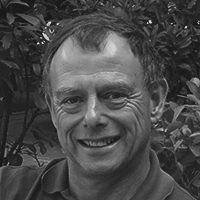 Steve has worked as a general practitioner partner since 1989, having trained in Leicester and Northampton. He spent 13 years in in a practice bordering the Yorkshire Dales and the Pendle / Ribble Valley (Earby). He moved to his current practice in Shepton Mallet, Somerset in 2002.

Educationally, Steve became a GP trainer in 1990; he was a GP Tutor and chaired the National Association of Primary Care Educators for 6 years. He has been a course organizer (Airedale Vocational Training Scheme) and has been an Associate Postgraduate Dean in Health Education South West since 2008. He has been involved in clinical governance and leadership within the PCG, PCT and more recently CCG environment. He has been a lead GP appraiser in his area since 2002. He has been involved for more than 20 years in New GP Trainer Courses and support for established GP trainers as well as Masters level Primary Care and Education based programmes.

Steve is a previous chair of the Primary Care Respiratory Society UK, and is the current education lead for PCRS-UK. He was been a member of the British Asthma Guidelines (BTS/SIGN) from 2005 – 2015, leaving the guideline executive in 2012 but remaining on the pharmacology group. He was a regional clinical respiratory lead (South West) from 2011-2015, working with national leads and the Department of Health to produce the National Outcomes Framework for COPD. He was a founder member and chair of IMPRESS (BTS/SIGN) and currently leads the Somerset CCG respiratory programme board, having done this previously with involvement in commissioning and service development since 2002. He is on the BTS Specialist Advisory Group for Asthma, and is a member of the BTS mesothelioma guideline group. He has been involved in a wide range of respiratory educational initiatives for generalists and specialists both medical and nursing and has undertaken work for more than eight universities.

He has published more than 180 peer reviewed articles, is a reviewer for more than 10 active peer reviewed journals and amongst other things has been involved in the NIHR (UK), advising the Canadian government on respiratory research funding, teaching in Bangladesh, and lecturing in many parts of Europe / USA.

Throughout this he remains a clinician passionate about the values of good primary care, continually developing quality of clinical care – and providing care for patients and their families from cradle to grave.

He is married with two “grown up” children and a spinger spaniel which is unlikely to grow up. Steve has interests in music (playing the guitar and piano badly!); arm chair rugby (as the real thing is too dangerous) and Italy, He had recently taken up running as a form of enjoyment?